With schools and nurseries closing and people facing lay-offs and cuts in pay, hard-up Brits need more help to get their families through the corona crisis.

Even before coronavirus, four million children lived in poverty. Plenty of readers know the headaches of juggling growing bills and shrinking pay.

Boris Johnson has rightly stepped in to stop firms going under, but we need the same  determination to support families facing tough times.

Save the Children is calling for a National Plan for Family Finances, with three key planks.

The first and most important is protecting people’s jobs. Economists at the Resolution Foundation, a think tank that aims to improve standards of living, have suggested the introduction of so-called ’retention pay’.

It would work a bit like maternity pay. The government would help keep people on a company’s payroll, even if there was no work for a while.  And the billions offered to keep companies afloat should come with the condition that they keep people in their jobs as long as possible.

Secondly, nobody should be penalised for being a brilliant mum, dad, daughter or son. People who suddenly find themselves looking after their kids, elderly loved ones or somebody sick should be able to do that without losing pay.

Now that schools and nurseries are closing their doors, employers need to protect people’s pay when they can’t work so many hours – and the government should help them do that.

A lot of people are still worried about falling behind with their rent or mortgage, despite the support that’s been announced. It should be tightened up: let’s guarantee that nobody will lose the family home because of this disease.

Finally, we should strengthen the safety net for people who need the welfare state, often through no fault of their own. The speed and severity of this crisis has exposed more than a few flaws in Universal Credit and sick pay. The five-week wait before you can get Universal Credit has always been a problem but right now the priority is to increase the rates. Anyone can fall ill at any time, so sick pay should be available straight away to everybody.

These elements of a national plan could begin to give parents the kind of reassurance they need to be a calmer presence for their children. We know that the early years are the most crucial in a child’s life and the experiences they have at home are the most important thing in shaping how things turn out.

Even the youngest children will understand something scary is happening as they stop going to nursery, school or visits to grandparents. Keeping them safe, happy and learning should be at the heart of the government’s thinking in the days and weeks to come.

A national plan for family finances won’t take all the pressure off. It’ll still be tough to entertain the little ones and help them learn while schools are off. Nothing can stop us worrying about the older generation who’ve given us so much.

So the national plan isn’t all that’s needed, but it is needed. All over the country people are doing their best and doing their bit. Now is the time for the government to give as much help to families as we’re already giving to each other.

Learn more:
Our CEO on Save the Children’s response to Coronavirus
Read our latest updates on Coronavirus
Relaxation exercises to do at home with your kids

The post The PM has done right by British business, but what about struggling families? appeared first on Save the Children UK blogs. 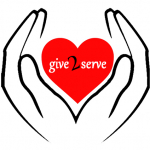 "Helping people help people" is our purpose, goal, and mission