In the yearbook of life, who would get nominated “Most Likely to Be Saving For Her Future”?

Probably not a 12-year-old girl living in an impoverished community in Indonesia. But don’t tell Olivia that.

With the support of her Food for the Hungry (FH) child sponsor, Olivia has made a dramatic transformation from an at-risk youth to teen saving group leader. And she’s not turning back. 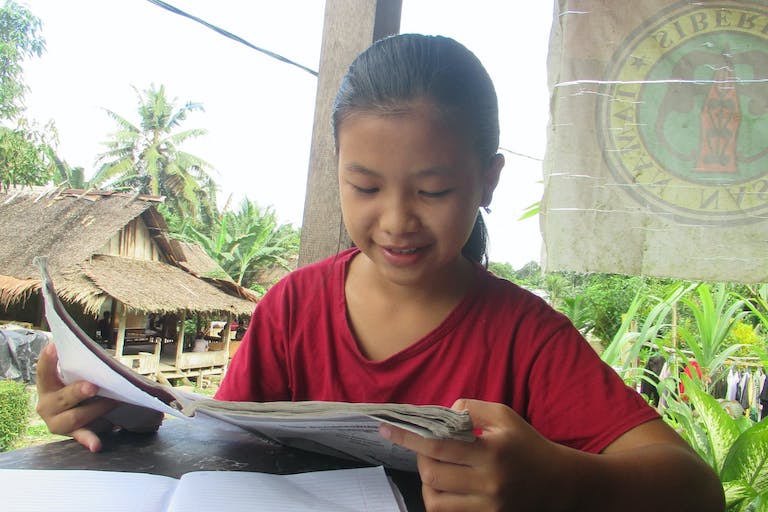 Olivia, a sponsored child in Indonesia.

Nothing to Do, No Dreams of a Future

Not long ago, Olivia’s future looked very different than it does today. This was due, in large part, to a lack of extracurricular activities in her village. She had far too much spare time, but nothing productive to do with it.

And Olivia was not alone. Many of the other children and teens in her village were bored and looking for ways to fill their time. Some chose to play. Many chose to work: At least then they could earn a little money to help their families.

But frequently, once the boys and girls were making money, they started to prefer paying jobs to studying.

And without motivation from peers, educational support, or a place to develop their God-given talents and potential, many children were giving up on any dreams for the future. So they quit school and started working full-time.

Thankfully, support from child sponsors – including Olivia’s – made an after-school Kids Club possible in her village. This club opened the door for Olivia to develop her interests, dream big, set goals, and start saving for her future, too.

Saving for the Future Changed Everything

After becoming an FH sponsored child, Olivia started attending a Kids Club program every Friday after school. There, she and her classmates were able to channel their creativity, discover new hobbies and passions, and develop their unique talents and skills in a productive way.

Olivia absolutely loved having something fun to do after school with her friends.

And then, FH announced another opportunity for kids her age: Teen Saving Groups. Olivia eagerly joined.

Now, every Tuesday after school, she and other students in her small group learn valuable life-skills that will help lift them out of poverty and serve them well now and far into the future. Some of these topics include setting aside pocket change, saving for future goals, and leading others with confidence.

Olivia even became the “person in charge” of her Saving Group’s activities, which has increased her confidence and earned her respect among her peers. 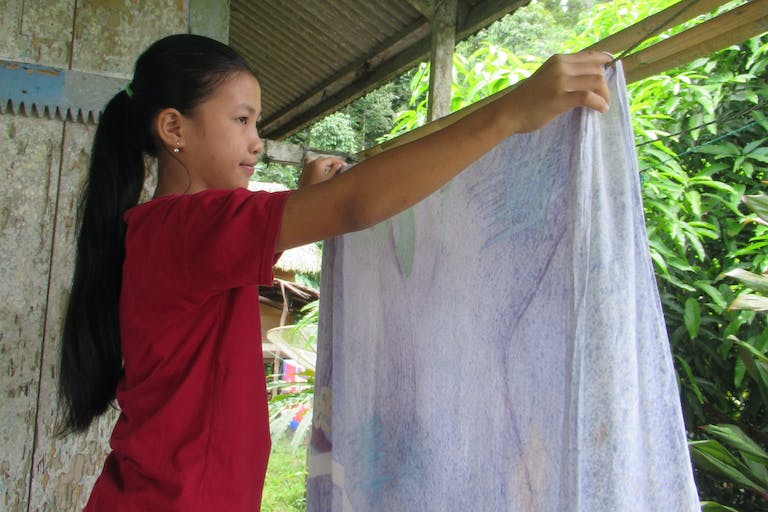 Olivia is also taking on extra responsibilities, including helping more around the house.

Most Likely to Succeed

It’s pretty inspiring to see a 12-year-old thinking about and saving for her future. Child sponsorship makes that possible.

Now, dropping out of school is no longer on the list of likely scenarios for Olivia and many of her classmates. Empowered by the Kids Club and Saving Group, this young lady is developing into a responsible teenager with a bright future ahead of her.

“Keep learning from small things because from these small things you will become big,” Olivia says, sharing what she’s discovered through her after-school activities.

Put another way, “One who is faithful in very little is also faithful in much” (Luke 16:10). There’s little question that as Olivia continues to wisely steward her resources and save for her future, even her biggest dreams will come true.

A Bible and Sponsorship Knit Family Together

The post Saving for Her Future at Age 12 appeared first on Food for the Hungry.