Hurricane Eta devastated many parts of Central America starting November 3.  You can donate here to Food for the Hungry’s hurricane relief efforts. But you can also pray for the children we work with, and their families. We’ll update this space with pictures and news of the continuing relief efforts.

This update comes from FH Nicaragua staff members Diana Izaguirre and Darwin Peña, who’ve been working to help families since the storm hit. This is the story of Juana Mejia, a 64-year-old single woman with two children, son Dixon (age 14) and daughter Marelis (age 12).   In the interview she mentions not wanting to leave the daughter alone during the day even though she has a son; as is all too common in Central America, the son works as a laborer at a farm and only returns home from time to time.

A landslide buried one of the walls of Juana’s home, and the storm damaged the plastic she used as a roof. Juana and her children temporarily evacuated to a neighbor’s home.  People who are living in substandard housing to begin with, like Juana, are among the most vulnerable when hurricanes strike. 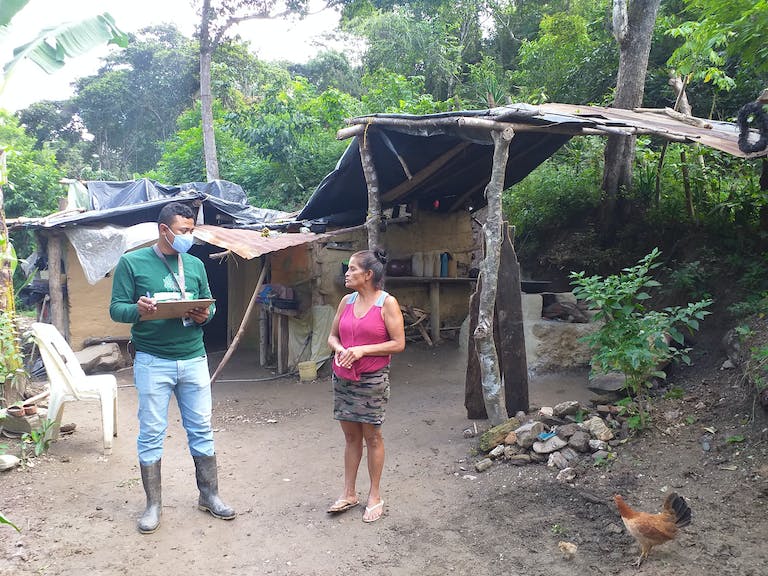 Juana (right) describing the stress she’s under due to Hurricane Eta.

This is what FH staff are doing throughout communities in Nicaragua — house to house visits (with masks and social distancing), finding out what barriers families face, and what they need. The staff members are on foot much of the day.

Here is a transcription of the interview with Juana (translated from Spanish by FH Nicaragua staff):

Darwin:  Good morning.  Señora Juana, tell us how you have been with these rains. Please tell us about the situation.

Juana: I feel affected and sad because I only live with the girl, and I cannot go out to look for my stuff because I’m afraid of leaving her alone. We live alone. I worry about food because I cannot leave the house alone and about losing the things that I have because of a landslide. That’s why I feel so affected and worried about the house because when it rains, it causes problems [provokes damage]. I have been helped by some people. They helped me unbury the wall, they accompanied me at night. I had to go sleep in another house, but I have to come back here because I don’t have another place to live.

Darwin:  What do you need for your house, for you?

Juana: Well, black plastic.  The roof doesn’t protect me a lot because when it rains hard, it affects me a lot. I feel a little poor because I cannot go out with the girl to another place and leave here.

Darwin:  What is your greatest fear regarding rain?

Juana: Well, landslide, because in two moments my neighbors have helped me to unbury the walls. What I fear most is a landslide. It can happen suddenly, even at night, and it can harm us. 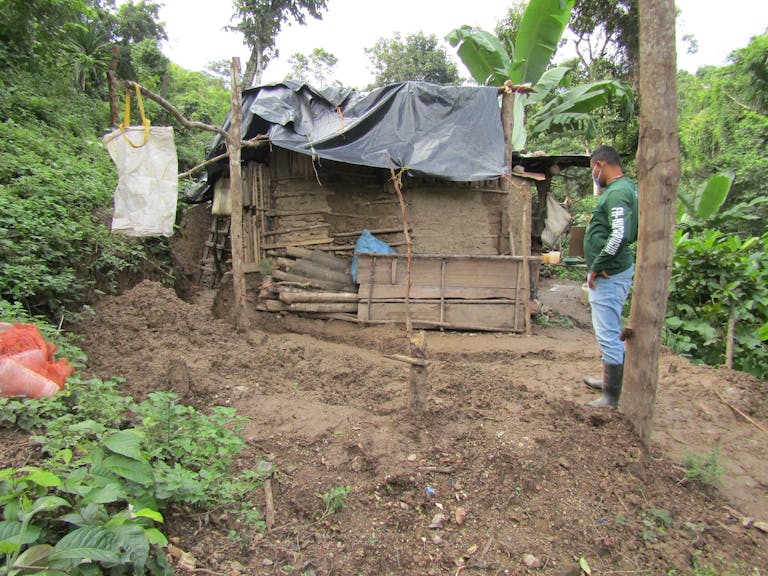 A trench that Juana’s children dug has kept rain from flooding the home.

FH staff continue visiting with families and helping to solve immediate problems. In the weeks to come, there will be stories of families who lost not only their homes, but their ability to feed their families. With both food and cash crops wiped out, FH is already talking to families about helping them replant and get their feet back on the ground.

Hurricane Eta slammed into the eastern coast of Nicaragua on November 3 as a Category 4 storm. FH does not work in that part of the country. But within hours, community members in FH’s work zones in western and northern Nicaragua could see that they, too, were in potential danger from massive flooding.  Tens of thousands of families flocked to temporary shelters and watched the rivers rise.

These are the first images received from staff members who were assessing the damages in our Quilalí,jiv Somotillo, and Chinandega regions — and the rising rivers. We’ve preserved the order they were received and the captions as they were written, so you can hear the voice of FH staff members who are working sacrificially to help families. 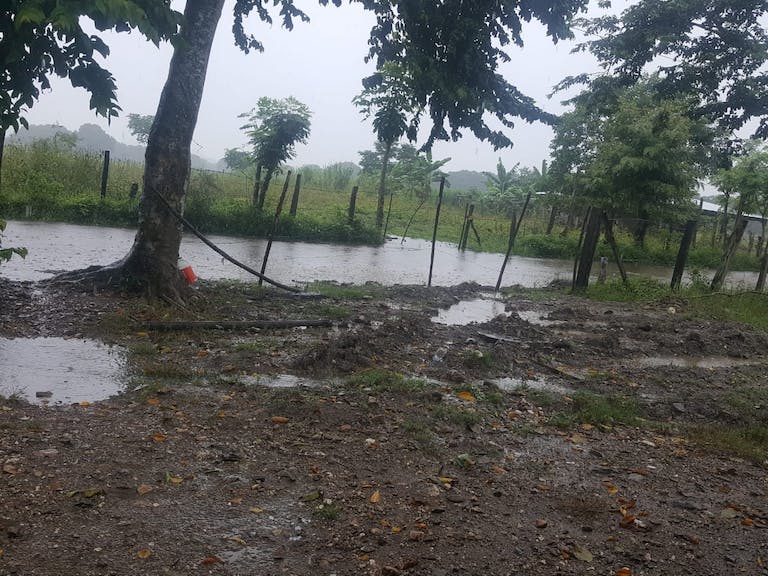 Soils in the area are saturated.  This is the road to one of FH’s communities, Olivos.

FH is monitoring the level of the Jícaro River, which is seen in this photo. If it overflows, it could flood 3 neighborhoods in the urban area of Quilalí, Trincheras and El Bosque. 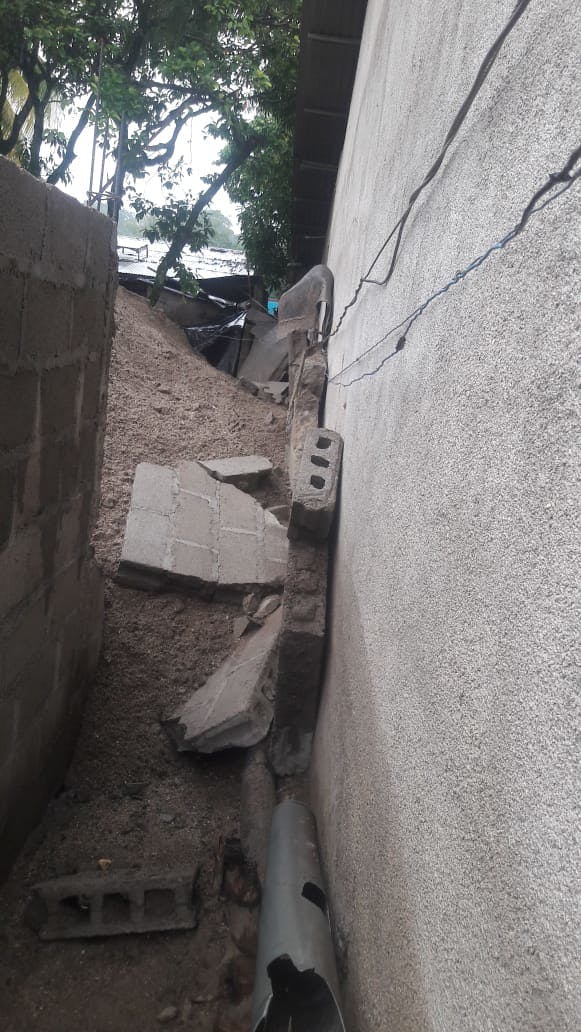 The wall of one of our staff member’s homes collapsed, and the other walls were damaged.  We’re sheltering the family now. The rains are intense right now. 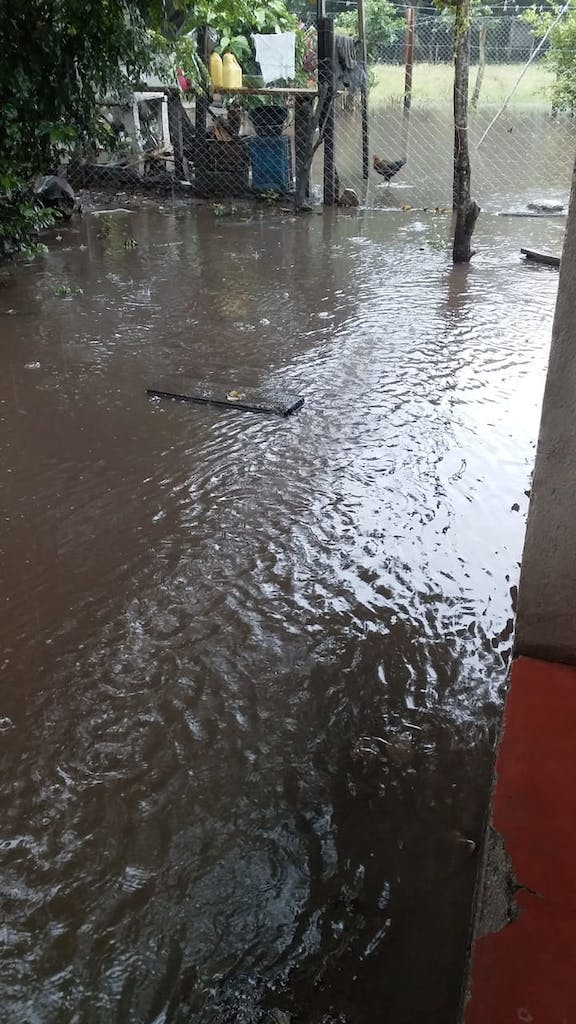 In the community of San Bartolo, heavy rains are causing water to run into homes. 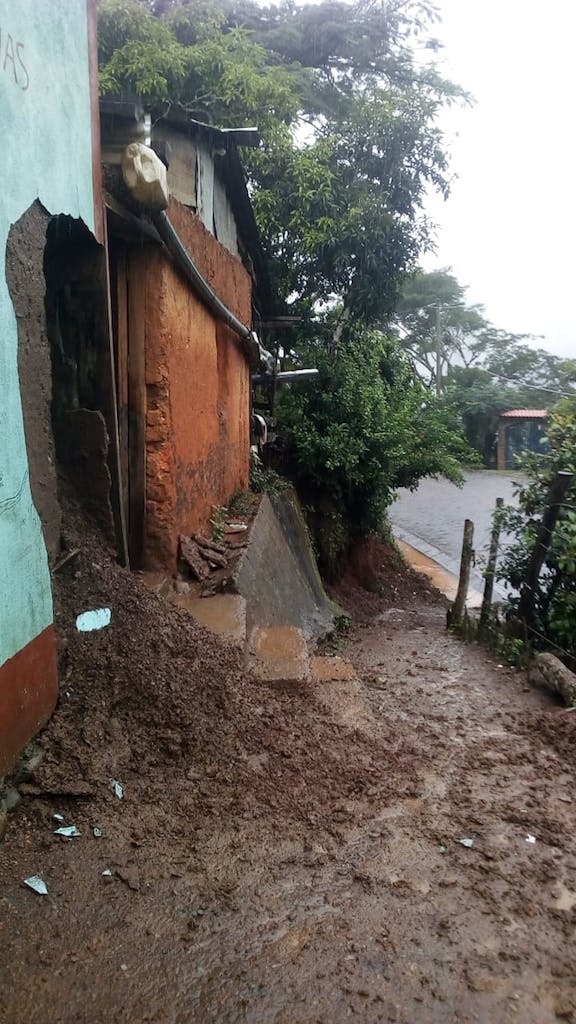 GIVE to Hurricane Eta Relief

The post Hurricane Eta: Nicaragua Updates appeared first on Food for the Hungry.