Just take Asep for example. He’s a 13-year-old boy in Indonesia who found cool new ways to spend time after school through Food for the Hungry (FH) that unlocked his artistic side.

What do you do after school? It was a question Asep often struggled to answer.

There were rarely any extracurricular activities that channeled his interests, so he just played with his friends instead. Hours and hours of playtime. More than he knew what to do with. Spending time with his friends was fun, but he was starting to get bored and restless. Isn’t there something more useful or exciting I could do with all this free time? he wondered.

Many children and teens like Asep have asked this question before him, including young people in his own rural village. In search of excitement, they often get creative in not-so-positive ways, like hanging out in the wrong crowd and participating in risky behavior like skipping school, stealing, smoking, drinking, or unhealthy dating relationships.

And opportunities to take part in these bad behaviors were already presenting themselves. Some of Asep’s friends had gotten into bad friendships, started smoking, and skipped school. Their influence on his life was making it more and more tempting to join in, and Asep worried that one day he might. 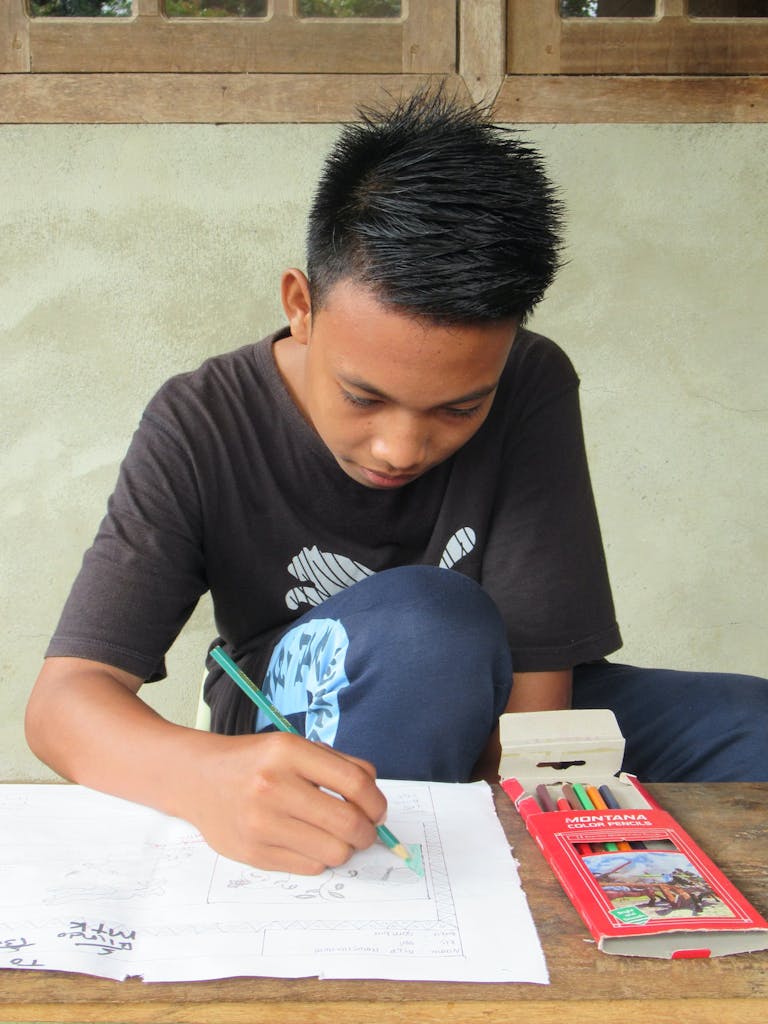 Thankfully, Asep’s mom Rosina is a teacher at the school that FH partners with in his community, and she pays close attention to her children. Whenever Asep would take a long time to come home without telling her beforehand, she would go out looking for him and ask his friends where he was. Her loving care is something Asep is very grateful for, because he knows from his own friends that not all parents give such attention to their children.

Through the school, Rosina received a lot of teacher trainings, which reinforced for her the importance of creating safe and fun afterschool activities for children like her son.

As a result, she was thrilled when Asep became an FH sponsored child and began participating in many FH programs both in school and after school, too.

During the school day, he’s learning English and other valuable skills that will equip him well for a brighter future. And when the final bell rings, he’s able to take part in activities that interest him and help him to apply what he’s learning in school in creative ways.

Asep learned many of his favorite new hobbies through FH after school classes, like creative writing, drawing, and coloring. He especially loves the opportunity to express himself by painting motivational words. 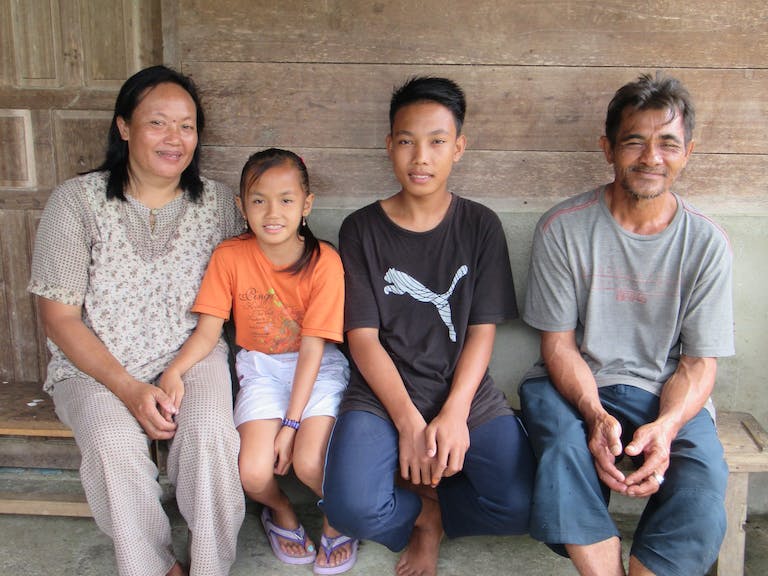 Asep and his family.

Creativity Leads to a Brighter Future

With support from FH and his loving family, Asep’s transition from elementary school to junior high has been a positive one. He’s so grateful for the opportunities to learn creative hobbies and skills that keep him and his friends engaged and out of trouble.

Since he began actively participating in FH activities, he often fills his free time with creativity. He draws, colors, and paints motivational words that are sure to encourage him and those with whom he shares his beautiful artwork.

Asep’s greatest hope right now is to make his parents proud. As for his dreams about the future, Asep shares a bold career aspiration: “I want to be a policeman,” he says.

A Mother’s Kitchen and Life Transformed

The post Creativity Boosted by Child Sponsorship appeared first on Food for the Hungry.